Who is Brad Rex? 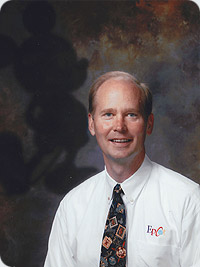 Brad Rex is a senior executive and corporate officer with proven experience growing businesses and driving results in start-up, turnaround, expansion and multi-site situations. He has over 25 years of corporate experience in major multi-national companies including the Walt Disney Company, Hilton and British Petroleum, and led Disney's Epcot theme park after 9/11. He is a strategic and operational leader, having led strategic planning, finance and business development teams for these companies, as well as leading large operating units of over $500 million and $1 billion in revenue. He is a distinguished graduate of the United States Naval Academy and Harvard Business School, and was a nuclear submarine officer. He has 15 years of experience on major non-profit boards, and an extensive network of outstanding business leaders and support professionals.

Over the past 30 years, Brad has had 20 different jobs in 12 different industries. In his previous role, Brad was President, Chief Executive Officer and a Board Director of Foundation Partners Group. FPG is a private equity backed company that owns over 59 funeral home and cemeteries across the United States. Through Brad's vision, FPG reinvented the funeral experience and industry using technology and multi-sensory experiences, and grew rapidly through rollup acquisitions.

Brad previously served as Executive Vice President, Chief Customer Officer for Hilton Grand Vacations, the vacation ownership division of Hilton Hotels Corporation. He led Disney's Epcot theme park for five years prior to joining Hilton Grand Vacations. Brad took over at Epcot on September 10, 2001 and led the park through the aftermath of 9/11. He spent 12 years at Disney, including leading the strategic and financial planning for Disney Parks and Resorts.

His professional history is also highlighted by a series of pivotal Marketing, Sales and Financial roles with The British Petroleum Company, PLC, throughout the United States and in London, England.

He is the author of The Surpassing! Life: 52 Practical Ways to Achieve Personal Excellence, with easy, time-proven concepts to improve your life and leadership. His book is available on Amazon.com in both paperback and Kindle versions. Brad is also a public speaker on leadership and Guest service, including his popular workshop, Building a World-Class Guest Service Organization. 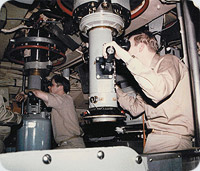 Brad is a graduate of the United States Naval Academy, where he earned a Bachelor of Science Degree, with distinction.  He served as a Nuclear Submarine Engineering Officer onboard USS ANDREW JACKSON, a ballistic missile submarine, during his five years of service with the United States Navy.

He also holds a Masters Degree in Business Administration with distinction from the Harvard Graduate School of Business.

Brad has served in a number of volunteer organizations, including former Chairman, Greater Orlando Leadership Foundation; Treasurer, Florida Hospital Cardiovascular Board; Elder, Discovery Church and Board Member, K-Life Orlando and Orlando Regional Director, Men at the Cross. He currently serves on the national Board of Lifework Leadership. 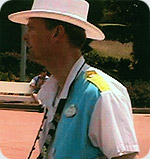 Prior to the popularity of the television program, Undercover Boss, Brad completed over 400 hours of in-costume, hourly frontline training in fifty different roles and locations across Walt Disney World.  He hauled trash at the Magic Kingdom, cleaned the broiler at quick service restaurants, sold tickets as a Vacation Planner, made beds at the Grand Floridian and worked on top of the Tower of Terror elevator to do night-time maintenance.